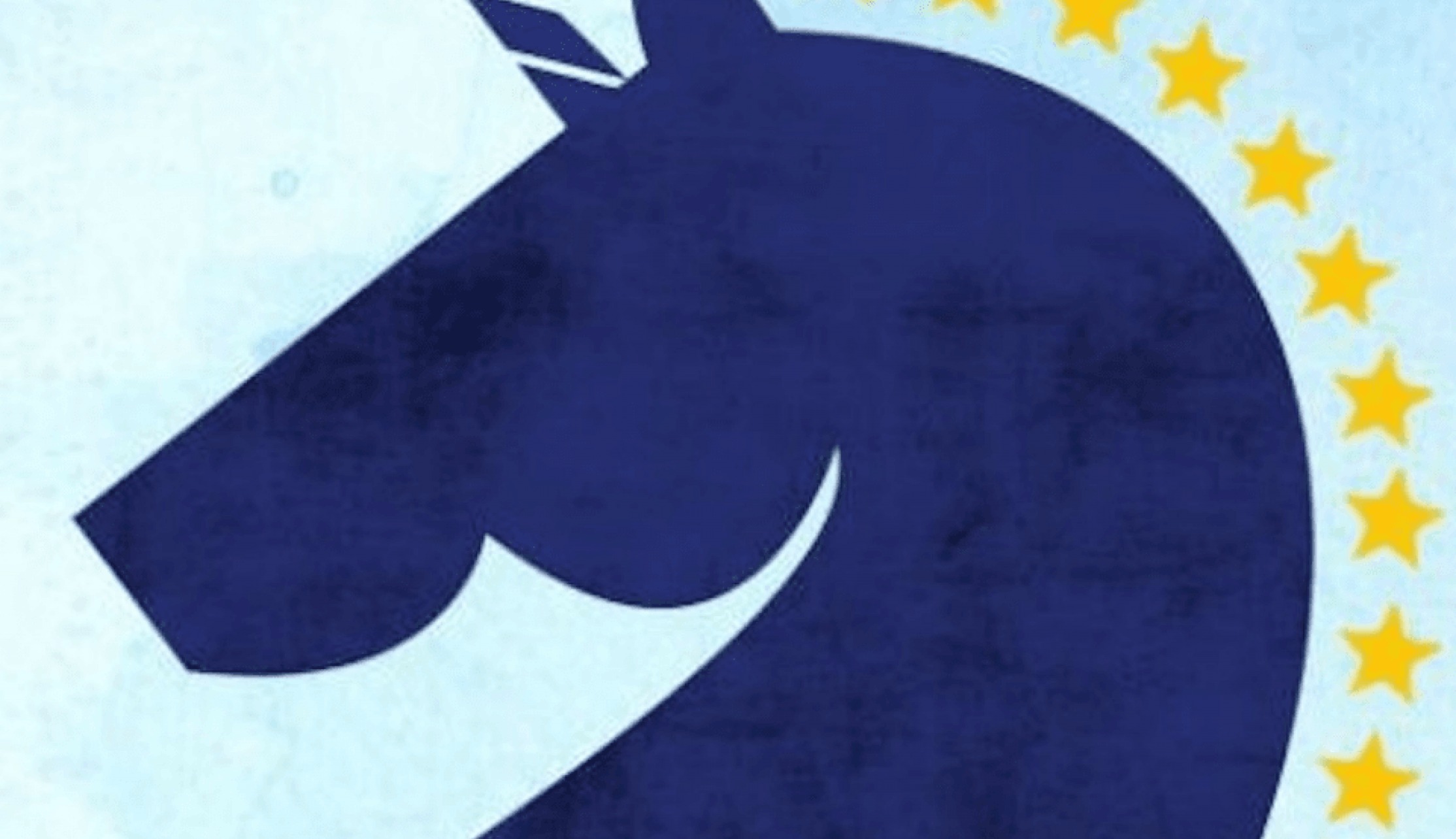 How to breed European PropTech unicorns?!

PropTech is to Real Estate what FinTech was to Finance 10 years ago.

FinTech has long been considered the investor favorite among new technologies, giving birth to one unicorn after the other. But with PropTech there is a new star rising. It is one of the hottest topics in 2019 and has already bred an impressive herd of unicorns - but so far only in China and the USA! To find out why Europe is lacking behind and what can be done against it - read our interview with Idriss Goossens, Founder of PropTechLab and initiator of PropTech House EU

The real estate sector is kind of known as conventional and one of the least digital - how do you think PropTech will help transforming the sector?

Real estate is the largest and most valuable asset class with 200 trillion euros invested in it worldwide. But as you said, it is also one of the most conservative ones. For a long time the real estate and construction sector resisted technical innovations, only agriculture and hunting was less digitized. But in the past years new technologies combined with the pressing challenges of todays' world have disrupted the sector: BIM, Blockchain, AI etc. meets climate change, energy crisis, fast growing cities as well as a shortage of housing

There is great potential for profound change. A sign, that I am not the only one seeing this potential is that many giants are entering the market:. As for example the Google sibling company Sidewalk Lab, who is redeveloping "a stretch of Toronto’s waterfront with “smart” features like snow-melting roadways, an underground delivery system and a slew of data-collecting sensors".

Or Amazon, who invested in Plant Prefab - a company, that delivers Prefabricated Homes. "Plant Prefab believes factory-built homes can address new building systems and affordability through automation. They claim to be the first home factory in the nation focused on sustainable construction, materials, processes and operations." Arch Daily

Can you tell us about the five segments of the PropTech sector and which one, in your opinion has the biggest potential?

Sure! These are the five segments:

There are 2900 startups operating in the PropTech sector in Europe, but about 60% can be categorized under Manage & Operate as well as Market. As you can see, there's a great imbalance in the displacement as well as the opportunity for the other segments to grow.

I have big expectations for the Invest segment in the coming years. It is a segment, which is still not very digitized, but has a big, maybe even the biggest, potential. Technologies like Big Data, AI and Blockchain will multiply its efficiency and open up completely new business models. In this segment, there are many interfaces where Fintech and Proptech can benefit from each other.

Also Smart City & Live will be flourishing in the coming years - simply because we need to find answers to the questions of our time such as water shortage or the energy crisis.

What are two concrete examples for PropTech disruptive companies?

There is Badi, a Spanish startup with the mission to make city-living accessible. It is a room rental platform, that enables people to list, find and book rooms by using Artificial Intelligence. Badi raised 30 Millions US-Dollar from funds of Silicon Valley. So far they generate a lot of traction worldwide, but no revenues. In the future they will change the business model. Now it is for free, but in the future they will charge a one time fee on the first month of rent. It is a good example how you can find answers to todays' problems, in this case housing shortage, by using new technologies.

I am personally very excited about Hola Lucas! Because it touches the big Pain Points of buying real estate: Flexibility and Risk and gives especially young people the possibility to become home owners.

The company introduces a new and accessible way into homeownership to Millennials through a Rent-to-Buy model. Meaning that people can buy their homes fractionally using part of their rent. Customers only have to invest 5% of the property value. Lucas comes up with the remaining 95% to buy the flat and lease it back to them with an exclusive option to buy it in three to five years at a pre-determined price. Part of their rent is allocated into “credits” for equity so they can build on top of their original stack.

Both examples are from the segment "market"and illustrate very well how new tools are helping buyers, sellers, landlords as well as tenants to improve property journeys.

How did you end up in the PropTech scene?

I think you could say, that I ended up accidentally in the PropTech scene. My first experience in the real estate market was through a student job. I was working for HousingAnywhere, which helped students to sublet their apartment or room, while they were studying abroad or doing an internship somewhere else, to incoming exchange students. It was launched in Italy and Brussels and I was part of it.

From there my career developed organically. I launched BePark - a Smart parking company in Marseille. Than I worked for Aproplan, where I digitized the construction follow ups which was done up to that date with pen and paper.

Based on these experiences I launched in 2016 PropTech Lab with Diego Bradt as co-founder. PropTech Lab provides a set of services to all the Real Estate professionals, active in the Construction or in the Property Industry in Belgium: startups, corporates and investors. It is a platform to connect all stakeholders of the PropTech and real estate scene in the Belgium market. We realized relative quickly that we had hit a nerve with our idea. Within not even three years we grew from 30 people to 150 - 200 people in our conferences.

A year ago, we realized that it is time to think outside national borders. Because there are 22 two organization spread out over Europe, who are doing exactly the same as we do. Each national organisation was on its own, reinventing the wheel. That doesn't make sense - so we founded PropTech house EU, together with Finnovating, PropTech Poland, PropTech South East Europe, PropTechNL and Dirk Paelinck (ambassador of PropTech for the European Commission).

What is the mission of PropTech house EU ?

There are 36 PropTech unicorns in the world but none in Europe. 21 are based in the US, 12 in China, one in the Philippines, one in India and one in Hong Kong. We want to change that and are trying to to create the first European unicorn.

What are the biggest challenges the EU PropTech scene is facing at the moment?

PropTech house EU is running currently a pilot with the European Commission to evaluate what are the challenges the EU PropTech scene is facing.

The real estate sector will go through a technological transition as well as an organizational one due to the need to acquire new skills and talents. How are real estate companies in Europe tackling that challenge?

As Real Estate is changing, we see lots of new skills and job descriptions appearing. If you analyze companies like WeWork, Knotel, the Student Hotel, for instance, you can see that they are tech powered, digital native and use digital tools for all processes. From site selection, to acquisition of tenants, access controls, booking meeting rooms, and tracking of how the space is used. Through that data, they are able to refine user experience, iterate on their product, changing the lay out the configuration of the space, the materials, etc. They are in real estate but they approach it as if building software: a never ending story always refining the product features and roadmap, in order to provide the best UX possible.

A perfect example of a real estate company of the 21sty century. It all starts with a change of mind set, focusing on providing the best customer experience, and shifting from a product centric approach to a customer centric approach. We see indeed that these 21st century real estate companies have in-house new skills, like data scientists, engineers, community manager, graphic designers, architects. Digital-skills and mindset are key.

What are the differences you observe between countries PropTech scenes?

I will let the numbers speak for themselves:
Number of startups per country / city

Investment of 1,53 billion euros in 2018 in PropTech startups based in Europe. City ranking:

As a comparison European FinTech rose exponentially in 2018 to a record $34.2B raised across 536 deals. That demonstrates, that Proptech has still a long way to go till it catches up with FinTech. But PropTech is on its way and the industry better gets ready for it!

Thank you Idriss for sharing your insights with us!

Stay tuned for more articles on PropTech and the challenges it is facing by following us on LinkedIn or Facebook.

All the best, Karolin on behalf of the entire Around Media Team.

Next article
How to breed European PropTech unicorns?!
Back to overview

You want to give a boost to your digital sales?